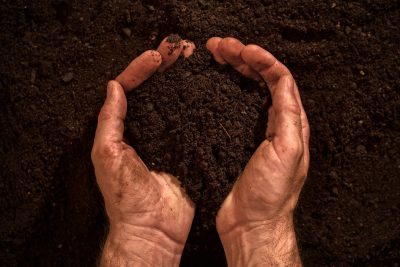 Philippe Ouaki Di Giorno knows the major food-processing groups well, having worked with them in his youth, after his studies in Versailles and then at the Weizmann Institute in Revehot, Israel. It didn’t take him long to take them in horror, before he decided he was “tired of being robbed of his ideas”. Twenty years ago, the inventor took his cliques and slaps and founded his own company, POGD Développement, “more to protect my patents and inventions than to sell them,” he concedes, who could be richer than Croesus. .. Philippe Ouaki Di Giorno is the father of an ingenious invention, “such a colossal technology”, he explains, without anyone being able to suspect him of forfantery, that he himself acknowledges that it completely surpasses him “I could have been billionaires, does he take himself to dream for a few moments, before taking himself up again: but I am not saleable”. The Polyter works miracles. Imagine: granules, very small granules, that would look like fine pale green crystals and a pinch of which would be enough to feed a plant with water and nutrients to almost do without watering it. This is what was invented by this adopted Elusate who settled in the Gers seven years ago after injecting his miraculous Polyter into the soils of large local vineyards “and because the Gers is a department that has the vision of a reasoned agriculture that fights GMOs. This seemed consistent with my own approach and with the Polyter, which makes it possible to save 50 to 80% of water while increasing yields up to 30% and keeping the freedom to choose one’s seeds. Philippe Ouaki’s Polyter feeds nurseries, crop fields and trees all over France and the world. In Arcachon as well as in Fourcès, in Dax, Monaco, in the Arab Emirates where Ouaki is the one who turns sand into grass, in Burkina Faso, in Egypt, in Canada and, above all, in Senegal, where President Wade himself is closely interested in the miraculous granules of their demiurge. With this hydroretenteur which can inflate up to 500 times its volume of water, Philippe Ouaki wants the Polyter to benefit the greatest number. Last year, when he was about to finalize a huge contract with Swiss investors, Bayer’s name had to be pronounced for the engineer to stop all negotiations. I don’t want my technology to belong to a big group. I want to be able to keep looking in the mirror.” What makes Philippe Ouaki Di Giorno vibrate is to reforest where everyone claims that it is impossible, whether in Africa, on the dune of Pyla or in the middle of the scrubland, where, a few years ago, he saved a local olive grower from a tragic fate at the Jean de Florette, whereas the source vital to his7 plantations had just been diverted. In the space of four years, where at least eight are needed, and under the effect of the Polyter, the olive trees have given so much fruit – and so good quality – that the Moulin des Costes has won the gold medal in the general agricultural competition. Philippe Ouaki Di Giorno’s secret?” I erase stress and allow the plant to sublimate itself!”